As I mentioned in my Beal Lake post, we have had quite a few Short-billed Dowitchers in the area lately.  Our first was at the Island STP August 24.  The next day, David and I counted 18 on Beal Lake.  Today, we counted 16 there, plus another 27 along the Colorado River in a 4-mile stretch near the CA/NV/AZ state lines.  A total of 43 Short-billed Dowitchers, with only ONE Long-billed!  Rosenberg et al. lists Short-billed Dowitcher as rare but regular in fall, with a high count of 13 between Parker and Lake Havasu.  Perhaps the real surprise, then, is not the number of Short-bills but the scarcity of Long-bills.  Hopefully, continued coverage this season and in subsequent years will tease out the status of both species.

While Beal Lake is not ideally suited for photography (bad light and distant birds are the rule), I did manage to photograph several of the Short-billed Dowitchers along the river today.  Several are below.  These birds are all juveniles – adults would be obvious with mainly reddish underparts.  Note the reddish blush on the breast, a good mark for juvenile Short-billed Dowitcher, as well as general shape.  The most important mark visible in the photos is the well-patterned wing coverts and tertials.  On juvenile dowitchers, rufous internal markings on the tertials is a great ID clincher – but note that it only works for juveniles.  Not visible in photos is the call note – a “tututu” reminiscent of yellowlegs, very different from the frequent “kik” calls of Long-billed.

The first photo is David’s shot of the bird at the Island STP in Lake Havasu City.  All the rest are my photos of birds along the Colorado R. today. 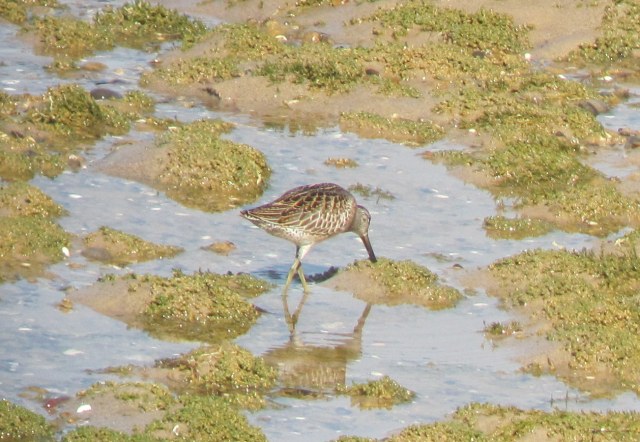 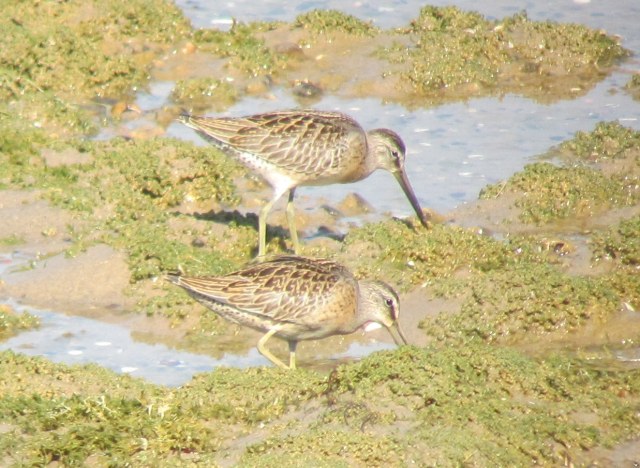 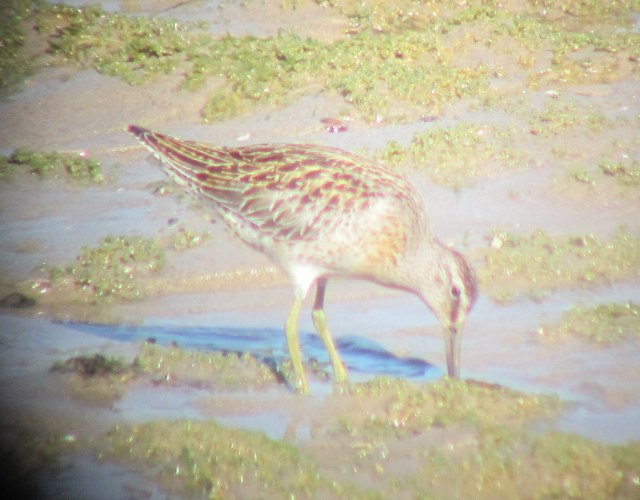 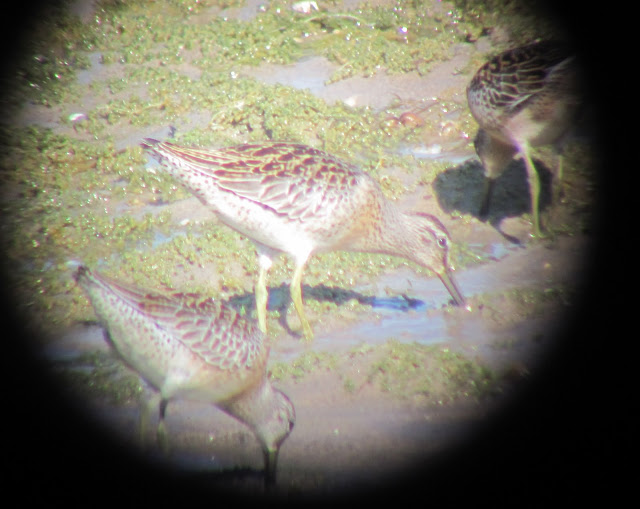 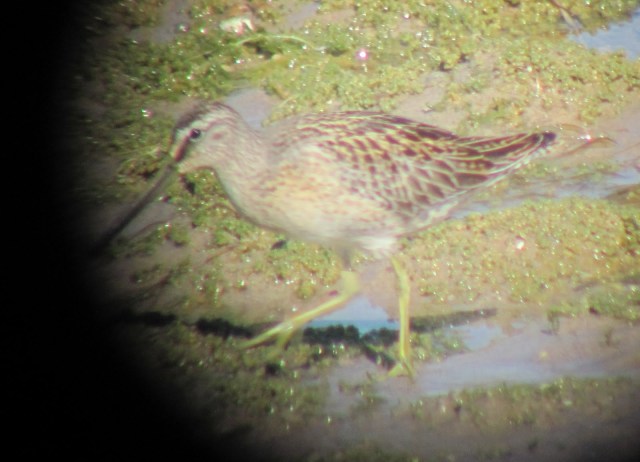 I live in Lake Havasu City, Arizona, where I work as a field biologist and spend as much of the rest of my time as possible looking at (and listening to!) birds.
View all posts by Lauren Harter →
This entry was posted in Havasu NWR, Identification, LCRV, Migration, Mohave County, Vagrants. Bookmark the permalink.