One often-overlooked birding location on Lake Havasu is the Windsor Beach section of Lake Havasu State Park. It offers viewpoints of the lake; gull and shorebird-attracting beaches; and open park, native riparian, and native desert habitats. The campground is one of the best camping options in the area.

The main entrance to the park is adjacent to the boat launch area on Windsor Beach. When boating is slow, in winter there is often a gull flock loafing in the parking lot or on the beach. Nearby is the trailhead for the Sunset Trail, which meanders through desert and riparian habitats along the lake shore. This runs through the Arroyo Del Camino Cactus Garden, a lushly planted native garden that can attract fantastic numbers and diversity of hummingbirds, along with various other species. The cactus garden also has its own small parking lot along the main road. At the end of the road is Site Four. The beach here often has a gull flock, and the lighthouse provides a place to scan the lake for loons and grebes. The large park area sometimes attracts Passerines. 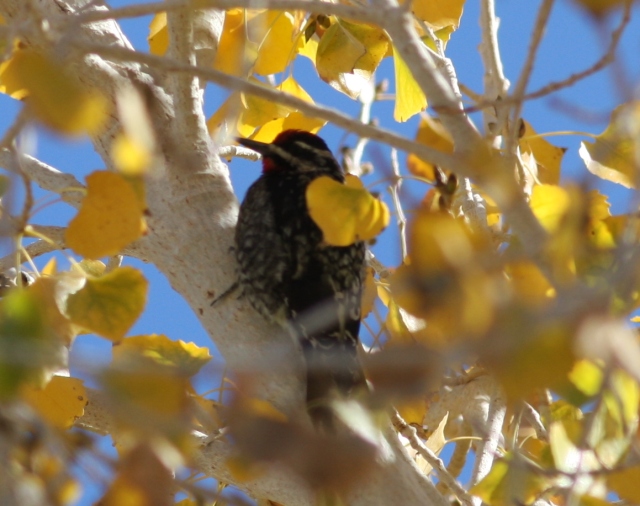 Best of all, this winter there are bird walks every Wednesday-Sunday led by Jim Scott. The walks meet at the cactus garden at 10 a.m., and there is no charge except for a reduced $1/person park entrance fee. As I understand it, the bird walks will end for the year at the end of February. Hopefully Jim will be back next year to continue introducing park visitors and the community to the local birds!

To get there, turn west (toward the lake) on Industrial from Highway 95 or from London Bridge Road in Lake Havasu City. Normally, the park entrance fee is $15/car Fri-Sun, $10 all other days. For birders and hikers, the park now offers a $3/person charge every day. Kudos to the park for making it more accessible for the community! Next time you’re in Lake Havasu City, stop by and check it out.

I live in Lake Havasu City, Arizona, where I work as a field biologist and spend as much of the rest of my time as possible looking at (and listening to!) birds.
View all posts by Lauren Harter →
This entry was posted in Birding Locations, Lake Havasu, LCRV, Mohave County, Vagrants and tagged Lake Havasu State Park. Bookmark the permalink.