Warming temperatures and changes in the bird life are always a good sign that spring is here around Lake Havasu. Spring means not only changes in the bird life in the LCRV but also the start of the field season for us with long days working in the field. We are hoping to keep up with our budding blog even with the long hours so stay tuned for some great stuff! Last week was spent trail clearing in the Overton Nevada area and it was great to visit the Overton Wildlife Management Area where the Common Crane was this winter. Waterfowl migration was evident with good numbers present and we even found a rare Mexican Duck! Though it was great exploring this area we were away from internet and fell behind on a lot of things. 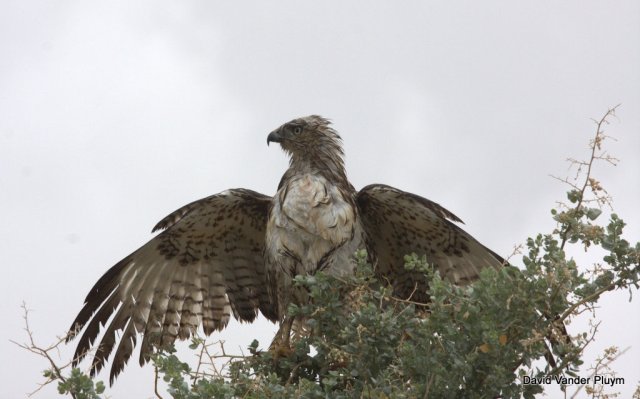 This Red-tailed Hawk at the Overton Wildlife Management Area 8 Mar 2013 was wet and annoyed that we had accidentally flushed it from its American Coot prey. Copyright (c) 2013 David Vander Pluym

We are back in Lake Havasu and today 10 March, Tim Schreckengost of Thermal Birding and I spent a couple hours checking up on the rare wintering waterfowl on Lake Havasu. We had a successful time of it! Though numbers were down there were still large numbers of Greater Scaup in the Bill Williams Delta as well as a few Barrow’s Goldeneyes, the Long-tailed Duck, and 3 White-winged Scoters, as well as a Red-throated Loon, 3 Pacific Loons, and 2 Horned Grebe. Not a bad time at all! 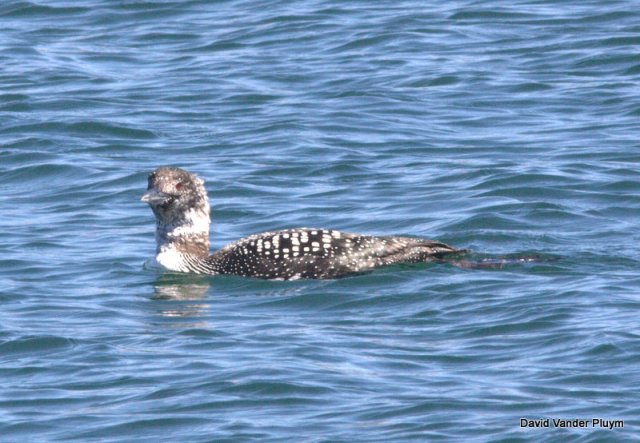 At the Havasu Springs Resort we enjoyed listening to loon vocalizations as well as the two Horned Grebes calling to each other and appearing to engage in some courtship displays. It was interesting that one was still largely in basic plumage while the other was largely in alternate. March is always fun to see the loons and grebes molting into alternate plumage which can also provide a different set of ID problems from birds in basic. One of the Pacific Loons was also in alternate, but too distant to photograph. 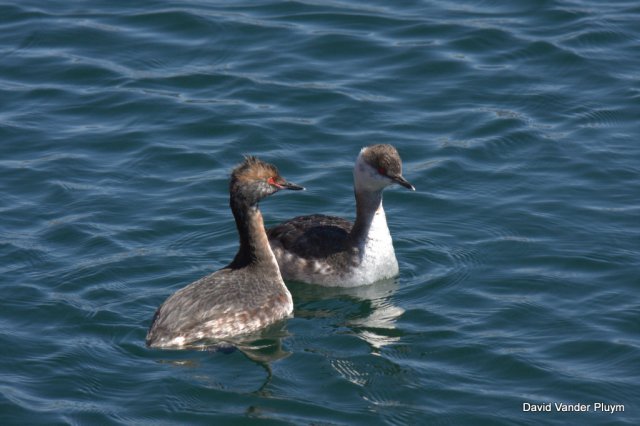 These two Horned Grebes were actively calling and engaging in the start of courtship. Though one is largely in basic plumage and the other is largely in alternate note that they share the same structure of thick necks and bills, helpful for IDing birds in transitional plumages. These birds were at Havasu Springs Resort, LP, Arizona. Copyright (c) 2013 David Vander Pluym

Tim and I next moved up to Site Six to check on the Shad Run. We had good numbers of birds including two Pacific Loons and my FOS 2 Bonaparte’s Gulls. Bonaparte’s is an species whose perception of rare has changed for us in the LCRV, as they were formerly considered to be very rare in spring, but in the past two springs they have passed through in good numbers (50+) in one or two pulses. 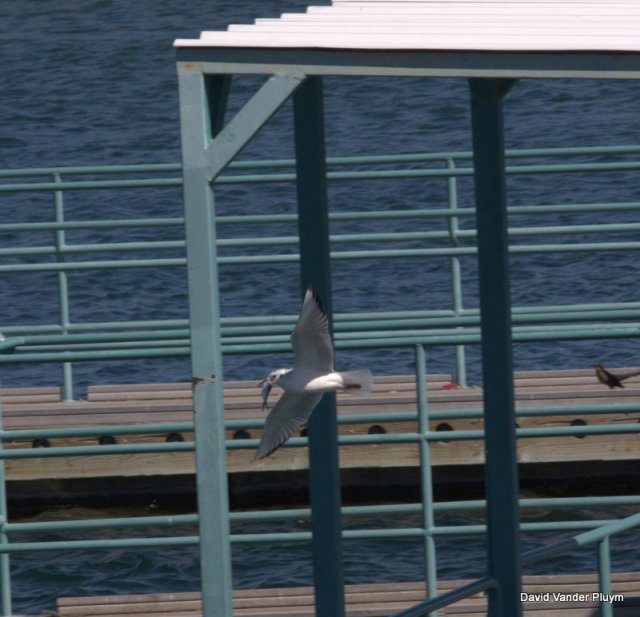 Though some of the Spring Break image of Lake Havasu was in evidence today it didn’t distract from a great day out in the field checking on wintering birds and seeing what changes have occurred in the past week on Lake Havasu. To end I want to mention that generally the spring break “crowd” on Lake Havasu should NOT affect the birding on the lake enough to keep you from visiting and checking out what is going on. Even on weekends the North End of Lake Havasu can still be a great place to bird on a spring morning!

Birder biologists currently living and working in the Lower Colorado River Valley. When not out in the field I spend a lot of my time reading and writing about birds. I have always been drawn to areas under birded and species that we know little about.
View all posts by David Vander Pluym →
This entry was posted in Lake Havasu, LCRV, Molt, Nevada. Bookmark the permalink.